Dark Beer, Saunas, and Contrast Therapy …in the name of gainZ

Dark Beer, Saunas, and Contrast Therapy …in the name of gainZ

One of the comments I got from the BEER-HIIT study article I referenced about beer consumption around training was: nonsense since “everybody knows” that anyone who is serious about their fitness knows beer and gainz do not mix.

It turns out this is false.

Now, if you want to not drink, that is totally fine and your choice. I am not arguing here that having a beer and training is beneficial, just that it is around neutral.

Notice that I said a (singular) beer, and we are only discussing this one intervention. If going out to the bar with your buddies on Friday night results in the consumption of 3 said beers, staying out to 2 am, horrible sleep, and finding yourself face down in a plate chick wings and cheesy fries – that is completely different.

Quick story – When I was in Finland for the BoneHill International Grip competition last year, alcohol was part of it. This is not shocking if you have A) been to fringe sport strength competitions like even some strongman, Highland Games, grip, etc competition or

B) to Finland! 48 hours before the competition involved alcohol, food, and nekkid sauna time complete with contrast therapy (aka you jumped buck naked into the nearby lake).

Towards the end of the competition, it was time for beer and even a few more post-competition.

Heck, did you know that beer is one of the most consumed beverages in the world?

“…..is frequently consumed by adults after exercise in Western countries “ (3)

“Actually, consumption of beer and, more rarely, other alcohol-containing beverages is often encouraged as a social aspect of sport activities, particularly in the case of recreational contexts, or to facilitate team bonding as part of a post-match celebration and relaxation (4,5)”

There is data that the use of beer post-exercise is common and thus nice to have some science that it appears to not destroy all your gainZ.

If you want to learn more about this study and the topic, Dr Trexler did an excellent breakdown in the Aug issue of MASS. Subscribe now, and you’ll get access to all previous issues. 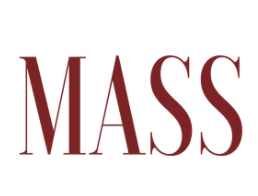 PS- I am an affiliate for MASS so I do make a bit of coin if you purchase from my link. I had pulled the BEER HIIT study several weeks ago and was planning to write this up before I saw that it was covered in MASS. Great mind think alike! Hehehe. Hat tip to Dr Scott Frobes who posted about the study on IG.