By Mike Nelson In : Get Lean, Get Strong, Podcasts No comments yet 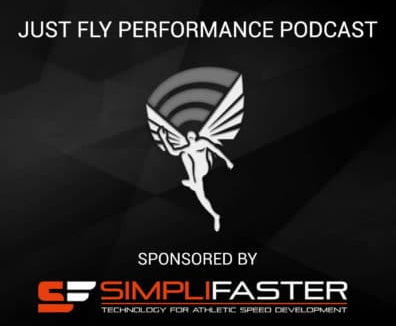 This week’s guest is Dr. Mike T Nelson, exercise physiologist, trainer, speaker and all around expert on the human body.  I’ve had the pleasure of speaking to Mike on a variety of topics related to human performance and gait in the past, and have also gotten a lot out of the many podcasts where he has talked about nutrition and specifically, metabolic flexibility, or the balance between the body’s ability to use fats or carbohydrates for fuel.

The majority of the guests I have on the podcast are coaches in the speed and power realm, but I strongly believe that to be a great coach (not just a good coach), you must be familiar with all facets of performance, such as nutrition, basic physiology, recovery and psychology.  If we spend all our effort splitting hairs over exercise and periodization concepts, we miss out on a vast world of global performance enhancers.

Some common nutrition questions for athletes that come up frequently are things like:

In many cases, athletes end up making nutrition decisions on their own based on what their friends are doing, or the ad they saw on the internet, which is unfortunate when a little education on the part of their coaches could really make a big difference in recovery and performance.

It is for this reason that I’m really excited to have Mike T Nelson on the show today.  We’ll be talking on a variety of nutrition and physiological concepts that have application to any coach or athlete.  Mike also does a great job breaking it down to a point where we can easily understand and apply the information.

Today’s episode is brought to you by SimpliFaster, supplier of high-end athletic development tools, such as the Freelap timing system, kBox, Sprint 1080, and more.

“Growth hormone is related to the use of fat as a fuel…. It doesn’t do anything for muscle metabolism.”

“Carnosine at a high enough level is what starts buffering hydrogen ions (hydrogen ion buildup is responsible for fatigue, while lactate is fuel).”

“People are really addicted to that sensation of fatigue, that’s what they’ve neurologically associated with success; they’ll continue to go the fatigue seeking pathway, rather than the performance pathway.”

“Stress is associated with cortisol release and for a very good reason, because our bodies are wired for survival.”

“In my opinion, you want low levels of cortisol generally, you don’t want it to go to zero; Bodybuilders played with some drugs in the 1980’s that dropped their cortisol production to zero, and it was a horrible thing from a health and performance standpoint.”

“During training, in my biased opinion, you want cortisol to go up super high; when training is done, you want it to go down sooner, rather than later.”

“(In terms of mitigating cortisol post workout) After your training is done, do some PRI, 90-90 breathing, or belly breathing.  I’ll tell my clients after their workout, just sit in your car and listen to a song, and just breathe…… I’m also a big fan of having protein and carbohydrates at that point, we know that insulin will blunt some of the effects of cortisol.”

“(Regarding breakfast for strength and muscle growth) the big one is protein and most people generally agree on that.  So if you’re using meat as your source of protein, you want to use enough that you get the essential amino acids, and also enough that you trigger leucine levels, so leucine 2.5-3.5 grams.  If you have 4-6oz of lean meat, you’re going to be pretty good there, so you don’t have to worry too much about it.”

“I am a bigger fan of having more carbohydrates before and after a weight training session, so if I’m setting up a plan for someone that’s where I’ll bracket more of their carbohydrates.”

“The higher the dose of protein, the more of it ends up being oxidized for fuel”

“For whey protein, a 20g dose compared to 40g, there isn’t much of an acute difference in muscle protein synthesis.”

“Soy protein, for an acute effect, you need almost 40g of soy protein (due to lower leucine levels, compared to 20g of whey protein).”

“I’ve also seen people in the lab who I’ve tested with a metabolic cart who at rest are running on mostly carbohydrates.  From a pure performance standpoint is that really a detriment, not really, but my feeling is from a health and longetivity standpoint, that’s like redlining my little Jetta to drive to Walmart.”

“So how this applies to strength and power athletes, you want the ability to ramp up and use carbohydrates.  Strength and power is ATP-PC, and if you’re an athlete, you want to be able to do that high level of work output, not once, but multiple times.”

“The more you can develop your aerobic base, the faster you can regenerate ATP so that the next time you have to perform a high output, you have sufficient energy sources and you can do it again.”