Huge thanks to everyone that showed up, AMPFit for hosting it, and a special shout out to my man Dean aka “Super Guedo” for doing a full 2 k on the rower Sat AM fasted and then Sunday AM after taking a ketone ester.

Nice work my friend! And for the record, he did hit a PR Sunday improving his time from 7:54 to 7:41. Yes I know there may be a learning effect too.

While there was a ton of material that I covered – and no it was NOT filmed – one of the big concepts was around a keto diet vs IF (intermittent fasting).

To keep this down to a semi short read, I will cut to the chase here..

…If you are wondering around Globo Gym and licking windows, keto is fine.

If however you are lifting/ training with intensity 2-6 times a week and like to see your numbers go up, keto is right up there with diet water, walking your pet goldfish, the Ab Hancer and the Shake Weight…. it is a horrible idea.

I got you covered like a bad hairpiece on a certain president.

Use a period of IF instead of keto for these 3 reasons:

In my experience with lots of clients, doing a period of IF is much much easier to implement than a period of keto.

As my buddy Lou Schuler says

The transition from keto to carb use takes time.  If you have several weeks in your plan, you are fine.  If not, use IF as your transition time can be hours and not weeks (see below as to why). 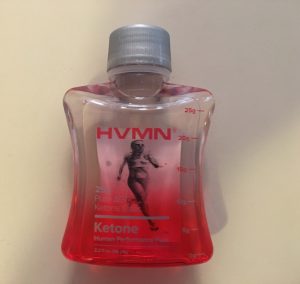 One of the big downsides to doing keto is changes in the PDH enzyme (1-6).  And yes those are human references not fuzzy mouse ones.

PD-who?   PDH is the gatekeeper to carb use (glycolysis for the nerds).

When it goes bad (aka the wrong direction) like that bag of broccoli you planned to eat some day, yet it got shoved to the back of your fridge and now you can’t figure out what smells really bad . . .Like that broccoli, it sucks.

PDH controls how well you can use carbs to their maximal amount.  Lower PDH = less carb use.

When you do a keeeeeToe diet, PDH changes and even if you refill your carb stores (poptarts anyone?), the carb machinery is still mucked up for some time; thus, not allowing you full performance in the gym.

The great part about IF is that it does not appear to fuzt with the PDH enzyme.  In practice this allows you a low day of carbs to enhance all the good aspects of fatty acid upregulation that keto is known for, but without the downfalls.

You can have your cake and eat it too – another benefit of IF over KeeeeToe.

These are all key concepts I hammer on in the Flex Diet Cert.  Next round opening up in April.