Longevity is all the rage now in fitness and there is some controversy about what the best approach is now.

Some say that protein is even bad for your now as it activates some evil mTOR.

Should you be working to maximize longevity and to hell with performance and body composition?

Many on el internetz now cry that the same actions you do to maximize performance and body comp are NOT the same as one to maximize longevity.

This gives me flashbacks to about a decade ago when caloric restriction was in vogue for longevity.

Proponents stated that very low calories were the best way to enhance your life.   Nice idea on paper and there is some cool data in earth worms up the food chain to monkeys; however, the pictures they showed of all the people doing it looked like someone was just let out from a concentration camp.   You can look at the data from the “Minnesota Starvation Study” where they took people and subjected them to super low calories in order to study its effects.  During that time period decades ago, they knew many would be coming back from concentration camps, and the effects were unknown.

Many of the subjects in the trial literally went nuts, and a few had to be checked into a mental hospital.

The modern day subjects practicing severe caloric restriction look like the squat bar would crush them and would be stymied by a pickle jar.

The argument for lower protein to promote longevity is that protein triggers something called mTOR.  I won’t bore you to tears about it. (I once suffered through weeks and weeks of lectures just about the structure of it alone.  — It was not fun.) In short, mTOR is one of the mechanisms responsible for “building things up” in the body.   Muscle tissue is a great example here as triggering mTOR leads to an increase in muscle protein synthesis (MPS) where amino acids are stuffed into the muscle tissue, making it bigger and stronger.

As the theory goes, running mTOR may also increase cells that should be allowed to die off, such as cancerous and pre-cancerous cells.   Again, this is a theory, and it is highly controversial.

In contrast . . . on the other side of the spectrum with have our friend AMPK.  It gets all tuned up via the opposite mechanism – times where mTOR is not running fast such as fasting (period of time without calories).  Increases in AMPK lead to more catabolic (tearing down) processes.  One of them is autophagy – aka “cellualar housecleaning.” (Check out Mizushima N 2007 and Glick, D.,et al 2010 for 2 nice open access reviews.)

In summary so far, we have the building process of mTOR going head to head with the tearing down process of AMPK.  So how does this fit into a template that you can use to get better body composition and performance without chopping years off your life?

The compromise is to take your off day from training and do a 19-24 hour fast (no food; only water) once a week instead. There is not any long term data in humans on this approach, and a few studies over several weeks looking at different eating windows of time only.

In theory, fasting down regulates mTOR and unregulates AMPK and does promote autophagy – although how much time is needed in humans is debatable. Plus, it is a sliding scale and longer fasts = more autophagy up to a point.

Then, I would add in a ONE day period of a 24 hour fast  (Work up to it.)  per week to hedge any bets toward the benefits of AMPK up regulation/ autophagy, insulin signaling, using more fat as a fuel and dropping glucose / insulin.

Fasting vs. Keto Diets For Longevity

Ketogenic diets appear to be all the rage now and while there is some good data on them, I am not sold that they are the cat’s meow for those lifting in the gym more than a couple times per week.  They do shove insulin levels down, which is a health benefit, but they compromise full use of carbs as a fuel in time.  This results in a loss of top end performance in the gym, especially speed and power.  I’ve written about this in other locations too (Kavalek, Matthew et al. 2017).

Here is a big tip (maybe a…cough cough…hack –just a hair ball).  Fasting will NOT show any changes in PDK / carb usage as a longer term high fat diet (such as keto) will (harder to use carbs to their fullest degree).

My thoughts are based around metabolic flexibility as a metabolic marker of health while still working to maintain / increase performance.

While all the exact science is not out yet, this approach allows you to keep progressing with body composition and performance all while hedging your bets towards longevity.   And get into pickle jars 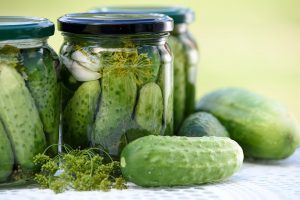 Tipton KD. Efficacy and consequences of very-high-protein diets for athletes and exercisers. Proc Nutr Soc. 2011 Mar 7:1-10. [Epub ahead of print”]