5 Fitness Lessons I Learned from Kiteboarding on a Surfboard 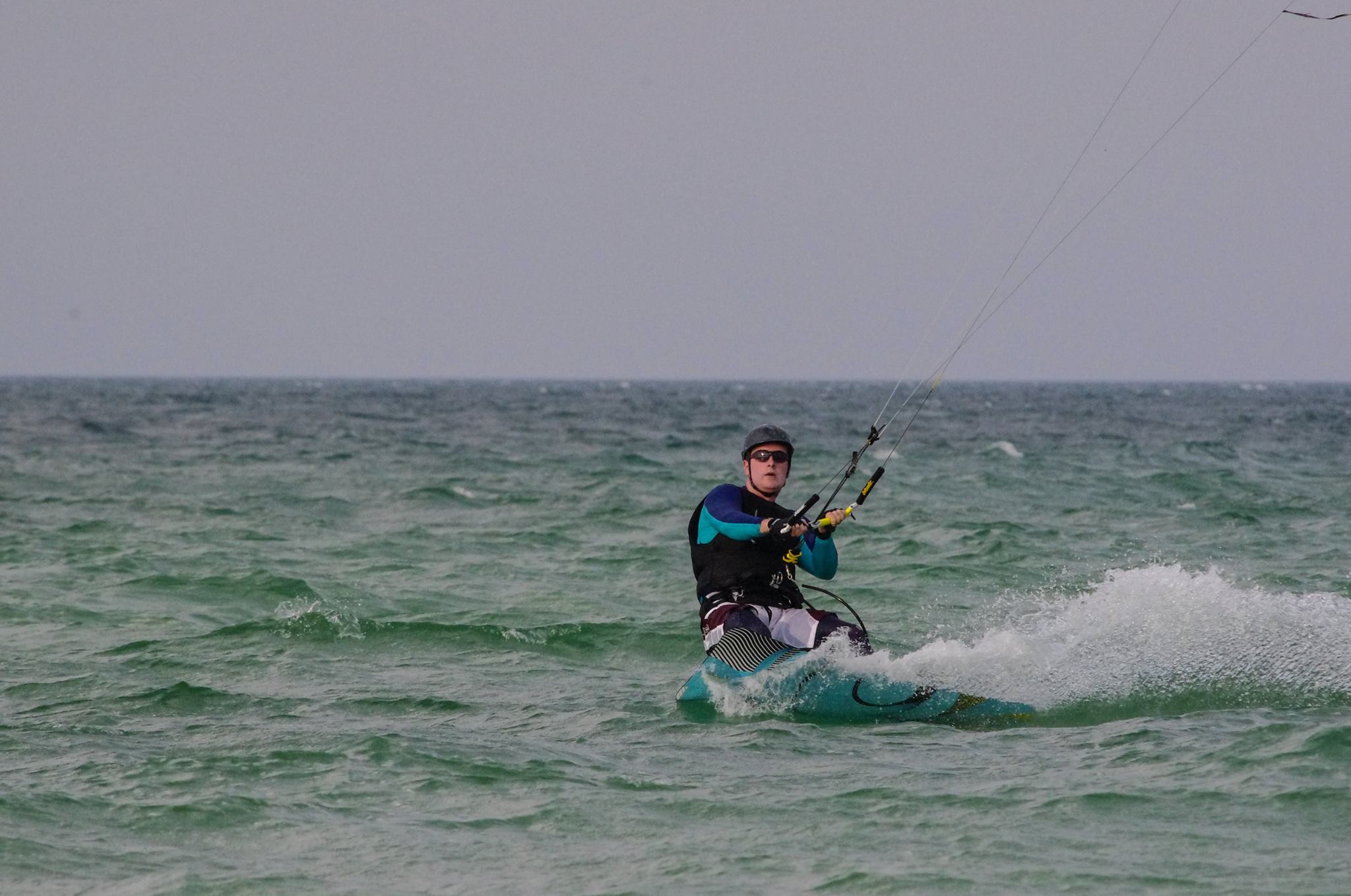 In April of this year, I spent the 2 days attempting (with some success) to use a strapless surfboard while kiteboarding instead of my normal board.

This begs the question – why on earth would I do such a thing?

And what the hell does it have to do with your fitness goals of better performance and body comp?

I promise they are related.  Stick with me.

For those here who are new, you may not quite understand my love for dark coffee, dark metal music, kiteboarding and all things exercise/ nutrition related (both research and practice myself).  I’ve dedicated more than half my life to them now.

As much as I love lifting and have been doing it for well over 2 decades of my life on a very routine basis – I’ve never had an unplanned break for more than a few days, even when injured (busted ankle, ripped out shoulders, pulled hip flexors, sprained wrists, etc.), even beyond this is my passion for kiteboarding.

Check out the video below for an idea.  In short, you strap a board to your feet on the water while being attached to a large (8 to 17 meter) kite via 100 feet of 4 razor sharp lines that you control with a bar.   The kites are super touchy and small movements matter.  Insert comment about gross and fine motor skills here.

Yours truly in SPI in Fall 2017 Hat tip to John for the video work.

The bugger learning is that you have multiple things to keep track off – the board, the wind direction, which direction are you trying to go, where the F is the kite now, I freaked out and pulled the bar in (it can move in/out together and each side in/out) to create power and what feels like 100 other things such as –oh poo, people are around me.

Add in that you have to ride “forward and backwards” by going left and right.   Imagine taking up snowboarding and you had to be as good riding forward as backwards when learning.  Now add in a kite that is being blown around by the wind, usually in a downwind direction.  Pooo.  We are now at 4 different positions – ride left, ride right both of which could be downwind (with the wind) or upwind (against the wind).

Not an easy task or for those with low gonadal fortitude.  The feeling of riding across the water just a few inches above it being powered only by your muscle control and the wind is like none other.  Well worth the expense and aches / pains.

As you progress, you can then violently move the kite above your head and fly up through the air.  When you hit it right, it feels like the hand of God came down and tossed you into the air.   The highest I’ve done to date is 16 feet up for 3.5 seconds.  When you land it, it’s the best feeling ever.  The flipside of getting dropped out of the sky like a sack of potatoes which sucks large moose balls; but hey, that is the price at times.

With that background, I opted to play with a strapless directional surfboard when kiteboarding in S. Padre TX.

The main reason was to try something new.  Eventually I want to ride it in the waves.  No need to make my life harder by starting out in the waves; hence, I picked relatively flat water.

Step1 – Get Up On The Board

Since there are no straps, your feet are just hanging out on the deck of the board.  Step one is to get them in right spot and sink the rail (edge) of the board so you haves some friction on your feet / something to push against.   This was harder than I thought as the kite is still flying around in the air and took some getting used to.

Once your feet are in position, you drop the kite through the air to create some pull and if all goes well, you pop up on the board.  You are now up and riding!  Whooo ha! This was not too bad, and while I did not hit it right each time, I was able to get up in both directions and ride.   Pretty fun!

Since the board is a directional (only works well going one direction), to go the other direction you need to get the board turned around.  My other boards are symmetrical so you can ride the board both directions – no need to flip it around.

While there are many ways to do a transition, I opted for a gybe – in short, come into the turn with some speed, start a wide sweeping turn and ride out the other direction. The kicker is that at some point, you need to change your feet. If you enter the turn with your left foot in front you need to leave the turn with your RIGHT foot in front. The bugger is that the board does not tolerate any slight misstep. And since there are no bindings, if you let up on the friction on the board you just get tossed into the air, sans board.

Non surfboard riding video below. You can see me at the very end.

5 Fitness Lessons You Can Apply

A few things I learned about this process . . .

The first rep is the worst rep. No getting around it. No feeling bad about it. Get it done and improve. Do not wait. Life is short. Time is ticking.

The worst thing you can do is expect that you will be a master on the first go around.

Sorry Charlie, you are going to be a sad panda.

Embrace the suck. Get to it.

Since the first rep sucks, there is nowhere to go but up. In my case, I expected to struggle just getting up on a board and had to be very conscious about the entire process. That was very different than using my normal board starts where I could just think about what direction I wanted to go. Tens of thousands of hours had honed my ability to unconsciously do the correct movements with the board and kite. Not this time though. I had to start over again.

The pro is that once I was up on the board, it was a victory. Yeah, me.

Expecting perfection is the death of progress. After I got up on the board both directions, my new goal was to do a transition.

A key is to set your intention first. What does the end look like? What do you consider success?

I suggest setting the bar low. Rig the system in your favor.

In this case, my transition I defined as entering a turn and leaving going the other way while staying on the board. If had to do the hot Texas two-step looking like my crotch got invaded by bullet ants, and I still turned left on the board with the kite in the air, that was a big win. First goal was to make ONE fugly transition. I can improve upon it later and make it look pretty then.

The big reason I could get away with this approach is that the cost to failure was relatively low.

Water is somewhat soft—well, softer than asphalt. I’ve been laid out multiple times learning to land sail before. What is that? Well, that’s when we got a wild hair up our arse and decided to mount windsurf gear on downhill skateboards and tool around parking lots. Super fun until a rock gets under the wheel and the board stops while you continue to go forward. Stupid Newton and his laws!

Since I’ve been kiteboarding for 10+ years, I have a lot experience of getting tossed around in all forms.

Learning transitions brought back all sorts of flashbacks and new ways to exit my connection with the board.

No straps and a surfboard resulted in many ways to hose it up.

Step wrong on the board and it will sink that side as your foot goes into the water along with the rest of your body, except the kite is still going that direction and now you are too. Crap.

I also learned if you make it halfway through the turn and powered up the kite too soon, the kite will propel you 5 feet up in the air and off the front end.

If you step too far forward on the board and sink the nose, it turns out that you will keep going.

You get the idea.

The good part is that I made a bit more progress in time despite my many falls and purple colored legs/ calves. At least they make my legs look almost tan at a glance from far away.

Since the cost of falling / failure is relatively low, work on the whole as much as you can all at once.

I worked on entering the turn, switching my feet and kite all as one big movement. If I failed, it was time to rinse and repeat.

If the cost is high, you are best to lower the cost first.

A fitness example: If you are learning the deadlift for the first time, no need to go with a heavy weight and have it look like a pooping dog and risk your L4 disk flying across the gym.

Take a lighter weight and work on that first. Work the whole, but lower the cost.

In my case, something like my strapless transition work can only be lowered so far. I opted to learn it in flat water and not waves. If I went too slow, the board would lose power and sink; therefore, there was only so far I could descale it. Again, this was ok as the cost to failure (falling) was relatively low.

If you are getting stuck at one point while working the whole, just work on that part. Work on the missing skill.

Your hips are shooting up first on the deadlift? Take a lighter weight and work on the proper start position. Drill the piss out of that . . . correctly.

In my case, I was getting stuck at staying on the board with both of my feet on the front part of the board. To work on this, I would enter the turn and then extend that part to see how far I could ride with both feet in that position. In time, when I get to that part of the transition I can control it long enough to move my other foot to be turned around.

There you have 5 powerful lesson that I learned from my experience of taking something I could do before, changing it up, and learning something new.

I think it is important to take a step back and become a beginner again.

It gives you a new perspective, keeps things fresh, and lets a bit of air out of your ego that all of us can use from time to time.

These 5 lessons apply in life and fitness. Put them to use.

Hit me up on how you will apply them to both!
Dr Mike 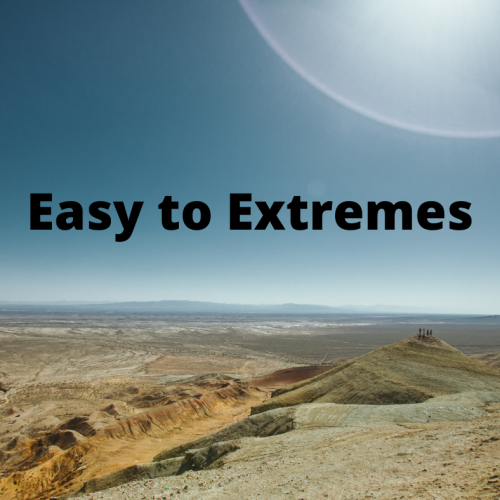 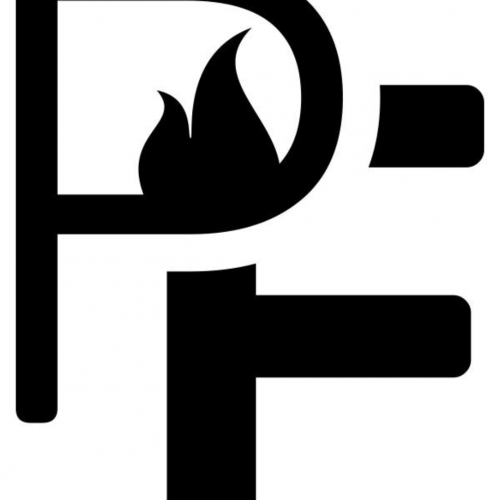 What is After Metabolic ... 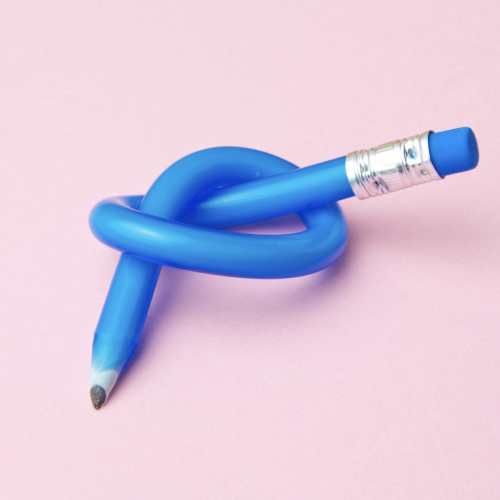