I like to read books from the old time strongman and coaches. Many times they were years ahead at adding lean muscle and burning tons of body fat.

One of them, Vince Gironda aka the Iron Guru himself, was a big fan of raw eggs. In his book Vince Gironda, The Legend and Myth, he talks about eating raw eggs to speed up recovery and add muscle. 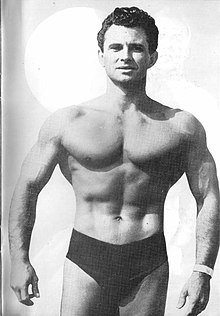 The legend himself, Vince Gironda.

He was not alone as many of the old time strongman were fond of raw eggs, heavy cream, and evil red meat.

What does modern science say?

Was Vince and the old timers right about raw eggs?

They sure had the physiques to show they were doing a bunch of things right!

This got me to wondering if he was on to something.

It sounds very odd, but Vince was known to get his clients, athletes, and many movie stars of the time excellent results; so maybe he was on to something.

Rocky the Movie and Raw Eggs

I am sure you have watched the old Rocky movie more than a few times.

Beside the running in the worst conditions and punching big sides o’ beef, the other thing that stood out to me was the consumption of raw eggs.

This was the first time I had even heard of eating eggs raw.

Heck, I even bet my sister when I was a kid that she could not drink a raw egg. She did, and I lost that bet.

But was there some truth to the use of raw eggs for recovery from hard exercise training? Could this be the long lost secret to putting lean muscle in record time, or was it just dogma that won’t die and Broscience.

As it turns out, nature is really friggin’ smart, and eggs are an amazing source of protein and healthy fats.

Truth is, if he picked different countries the results would have been different.

I am getting all wound up already, so here are 4 reasons to consume eggs post training. 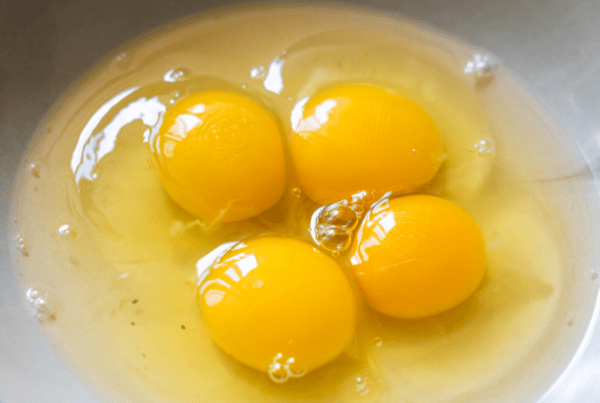 Cholesterol is essential and is associated with increased protein synthesis following exercise (Woock Lee, EB abstract 2011). Personally, I eat a crap ton of eggs and my cholesterol is right on target. Other studies are in agreement here too (Qureshi A, 2007& Lee A and Griffin B. 2006).

Score one for eggs so far!

After you are done picking up and setting down heavy stuff, getting in some protein is great to kick up protein synthesis (taking amino acids and stuffing them into muscles to make them bigger). As I talked about in other articles, you want to get a threshold dose of leucine too to flip the switch for the muscle building assembly to get cranking (Norton, LE 2006).

It turns out that 4 whole eggs will cover this nicely.

protein with an average sized egg packing in 7 grams of protein.

High insulin = burn carbs (and not much fat).

Pre-training, I like to elevate insulin a bit with a protein and carb drink, but post training I like to drop it back down as fast as possible. The only exception is an athlete that is doing more high intensity training again within about 3-8 hours where I want to get glycogen stores refilled.

Whey protein is awesome, but also spikes insulin. A crude measurement of insulin release is the Insulin Index (II). Eggs have a very low insulin index, so they don’t cause much of an insulin spike. They clock in at 31 compared to white bread at 100 or potatoes at 121 according to Holt SH and colleagues in 1997. 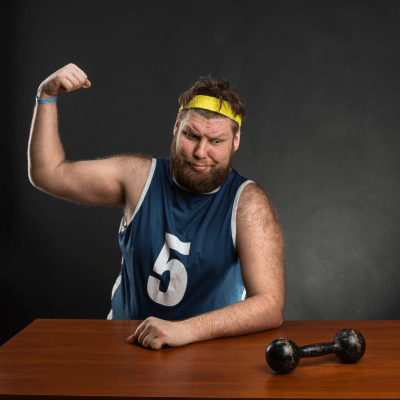 Common Questions About Raw Eggs for Recovery from Hard Training

An interesting study done by Geboses, KP et al. 2004 involved the creation of “radioactive” pancakes! They created tracer labeled eggs (egg white and yolk of L-[1-(13)C]-leucine-substituted eggs) and made pancakes out of them.

They wanted to determine where the protein went once it was ingested in the form of pancakes vs. by itself (not in any food).

Turns out, it does not make any difference; so you can sleep well tonight knowing that by adding eggs to your food, your body will still get in the protein from them. I would pass on the green, glowing pancakes though.

There are only a couple studies investigating this age old debate and most showing that cooked eggs may be better absorbed (Evenepoel, P 1998) and, but how this relates to muscle gains is not clear.

I found two studies that did a direct head to head battle comparing raw vs. cooked eggs.

Evenepoel P et al. in 1999 used some radioactive eggs again to compare absorption. To skip to the conclusion they found the cooked egg had an assimilation rate of 94% vs. the 64% for the raw eggs. Score one for cooked eggs, but if you add one more egg you are close to the same amount of total protein absorbed, so it is not an earth shattering difference.

Similarly, Fuchs C. et al. 2022, showed that while there was a 20% higher peak of essential amino acids in blood plasma after consuming boiled eggs vs. raw eggs, there was no difference in post-exercise muscle protein synthesis after ingesting 5 boiled eggs vs. 5 raw eggs.

Raw eggs win here since it takes only minutes to crack a few into a glass and drink them down Rocky-style. Some people scoff at convenience all the time. The hardcore people have no problem cooking 5-6 meals a day, but the reality is most people are very busy, and not having time is a common road block.

My mom always said I should never consume raw eggs otherwise I would contract salmonella and be pushing up daises. Many health professionals parrot the same thing.

While my Mom was right about many many things (love you, Mom), was she right on this one too?

According to Hope BK et al. 2002, the risk of salmonella in conventional eggs is pretty low.

The showed that 2.3 million, out of the 69 billion eggs produced annually, are contaminated with salmonella. As a percentage, that is 0.003 % of eggs are infected.

Even if consuming salmonella contaminated eggs, the risk in healthy people is quite low. This study was conducted on conventional eggs, so you can further reduce your risk by only buying eggs from a local farmer who does not raise sick chickens.

How to Source Your Eggs

My “source” for organic raw eggs is a local farmer who knows all his chickens by name and they are free to roam around. One has a habit of only laying eggs in the passenger seat of his truck for some odd reason. Crazy chicken!

In the end, it is up to each person to weigh the risks on their own and if you are uncomfortable eating them raw, skip it.

On the flip side there does not appear to be an epidemic of people dying from salmonella in eggs. You can further reduce your risk by washing the shells right before you use them. 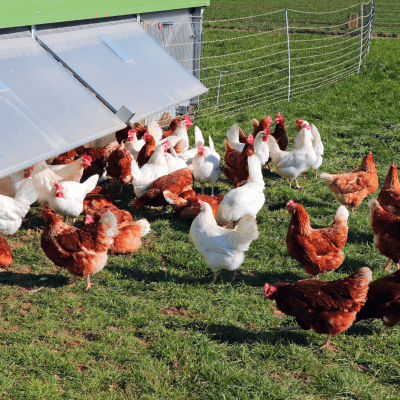 Was Vince Gironda Onto Something?

Perhaps that crazy kook Vince Gironda and other old time strongman were on to something with the consumption of raw eggs.

While science shows that the assimilation of cooked eggs is about 30% better, the protein from raw eggs does not go to waste.

The risk of salmonella is low, and the convenience factor is quite high with raw eggs.

I’ve personally been consuming about 4 raw eggs post training 3 days a week for 4 months without any issues. My recovery has been great, and I am bit leaner too.

In the end, do what you are comfortable with at this time, but don’t let confusion stop you from taking ANY action.

Set up your own experiment.

Attractive and sexy actress Megan Fox in the early 2000s was considered the main rival to Angelina Jolie for the title of the most outstanding actress. But, that did not happen. Megan Fox and never played a bright role, but over its appearance has worked actively and brought to perfection. In 2007, actress Megan Fox first came out, accompanied by her boyfriend Brian Austin Green at an event on the television series “Beverly Hills”. Then she was still completely “natural”, with thin lips megan fox plastic surgery, imperfect nose, but with a good figure and very attractive.

Either way, having some protein post training is a great way to add more muscle with less fat, so start there!